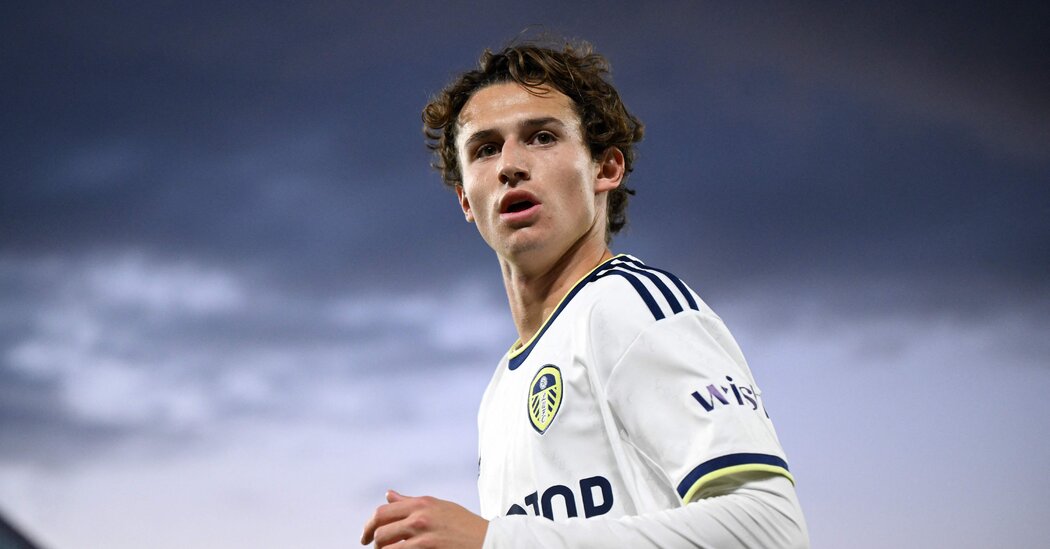 “Branden Aaronson loves grass,” Daniel Chapman wrote earlier this season in Squareball. “Green grass. Yellow grass. Partly synthetic grass. All grass, he loves all grass, loves to run on it, ride on it, be on it, dance on it, eat it metaphorically with his running feet and maybe literally with his hungry mouth.”

Marsh considers this characterization, though correct, to be somewhat reductive. “He has more qualities than people think,” the coach said. “He’s a good finishing player, he’s very smart about how to fit passes in tight spaces. It’s all about his ability to play in the final and slow down a bit in the last third.”

However, even Marsh could not resist the temptation to draw an analogy with gardening. “He’s like a weed,” Marsh, a former MLS coach with the Red Bulls, said on MLSsoccer.com’s “Extratime” podcast earlier this season. “You can almost see it growing before your very eyes.”

This is what even the most hardened, weathered Leeds fans so quickly fell in love with him: not only his efforts, but also his intentions. That’s what filled American fans with optimism about his contribution to Monday’s World Cup opener against Wales.

On that day against Fulham, Aaronsson had no reason to apologize. The defeat, of course, was not his fault. He was Leeds’ best and most effective player. However, he still walked the field, still moving, even after the final whistle, still believing that he could have done more.

‘Phenomenal’ shortstops could set the tone for winter meetings